Because We All Want to Belong, and that’s OK.

Photo by John Baker on Unsplash

A few months ago I heard something amazing. Dr. Zach Bush was talking to Rich Roll about his experience of being there when people came back from the dead.

“Why did you bring me back?” is often the first thing they said.

Dr. Bush then explained that people who die often experience a feeling of being fully accepted for the first time in their lives. You can listen to this moment for yourself here in “Zach Bush Wants You to Let Go of Your Story”.

Wow. I did not see that coming.

I’m so intrigued by this idea because I want to know why this idea is the one idea so many people brought back from the dead.

Why Does Acceptance Matter So Much to Us?

Is it just our biology?

I know that we humans are a social species, and therefore we want to belong to our human groups. We evolved to need each other. Being in a group meant we survived.

But this “biology idea” seems too basic. It’s too biological and too mechanical to make sense in this life after death scenario.

Or Is it our spiritual nature?

When Dr. Bush’s patients came back from death they did not speak on this biological, mechanical level. They did not say “I felt like I belonged to the human social species”.

When people revived from death they felt accepted into a greater more mysterious whole.

I’m not going to answer this question today. But I do know this…

To live most fully, we need to focus on why acceptance matters the most.

This idea of belonging and acceptance fascinates me. Today, that’s enough.

I know I want to belong. To humanity, but also to something bigger.

Being aware of this need to belong will help me feel this belonging, somehow.

I also know that I’m not alone in this. Our modern culture is not doing a good job dealing with the belonging/acceptance issue.

We can do better.

I will do better.

Today I’m stating publicly that I am ALL IN on this challenge of finding a greater sense of belonging. So that when I die I might be able to say I found some belonging along the way.

I hope you will join me on this journey.

I hope so, because I know I can’t go it alone. 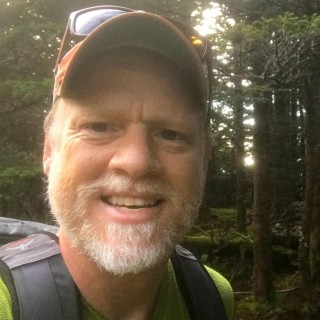